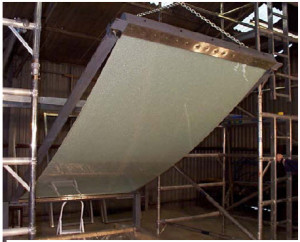 Madico’s SafetyShield window film is a tested solution and will hold a broken sheet of tempered glass in place once NiS failure occurs. Depending on the size and weight of the glass, a 4, 7, or 8 mil safety film is used.

Spontaneous breakage is a very real issue with tempered, thermally treated glass (TTG). The most common cause for this spontaneous breakage in TTG is nickel sulfide (NiS) inclusions. Nickel sulfide inclusions are small, pencil point sized pieces that may be found within a sheet of glass. These inclusions are not an issue in more common annealed glass. However, in tempered glass they can expand due to thermal cycles, breaking the outer plane of compression and causing the entire sheet of glass to basically explode.

No solvent can remove the marks left by keys or blades. Purge etching and scratching switfly, easily, and cost-effectively.

Downlad this PDF to learn  more about Madico’s Safety Film for Spontaneous Breakage. 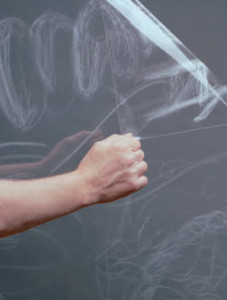 With our multi-ply Graffiti-Free film on your windows, you won’t need to replace glass that’s been scratched or painted. Simply replace the film – at a fraction of the cost.

Improves safety by binding dangerous glass shards together should a window shatter.

Increases durability of glass by preventing the window itself from being damaged – it stops the underlying surface from being defaced.

During storms, when high-powered winds are allowed to enter a structure, they can collapse it from the inside. By preventing the glass from shattering, Madico’s SafetyShield film not only prevents potential physical harm, but also keeps winds from rushing inside and doing serious structural damage. And during an earthquake, SafetyShield holds glass together under the most extreme conditions, minimizing injury to those nearby, both inside and out.

It’s convenient, permanent, and most importantly, a more effective alternative to boarding or taping your windows. 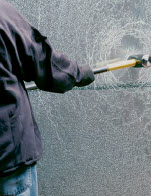 Windows are, and always have been, the quickest way for people to gain access to someplace they’re not supposed to be. And if they’re going in through a smashed window, it’s usually because time is something they don’t have much of. The glass will break, but not shatter, helping to prevent the intruder from entering quickly, and leaving him wondering what to do next. In most cases, the answer is simple: move on.

Posted by Qualitywindowtinting on November 6th, 2013